Setting up GeoServer on Ubuntu

A lot has happened since my last post. The stress of launching a product is nerve wracking to put it mildly. Working 80 hour weeks became the norm - between finding partners, marketing and working on the product on top of my actual job, 7 days in a week didn't seem enough.
But that's a post for another time - today's post is a short tutorial on setting up a GIS server for webmapping.

Webmaps as a service like Mapbox and ArcGIS Online offer an easy way for companies to delve into GIS with minimal investment. However there may be privacy concerns, high cost/low speed with large datasets and limitations beyond simple displays that make these services inappropriate.

If these resonate with you, you will likely need your own GIS server. In the open source world, the two major GIS servers are MapServer and GeoServer. Both are mature and used in production - in fact, Mapbox uses MapServer, and Boundless Spatial, one of the main contributors to GeoServer, have deployed GeoServer to various organisations and government bodies.
I'd be remiss to not mention the feature-rich ArcGIS Server but unless you've got budget to spare, this isn't really an option.

In this tutorial, we'll go through the steps for installing GeoServer on Ubuntu and getting it to run via Tomcat. The reason for this tutorial is that setting up GeoServer following the best practices is strangely involved with various Java libraries, namely Java Advanced Imaging (JAI) and JAI Image I/O Tools.

As of writing (Nov 2016), the stable release of GeoServer is 2.10.0 and requires Java 8. Either JRE or Java Development Kit (JDK) is fine (the JDK includes the JRE) and both Oracle JDK and OpenJDK will work.
The instructions below will install Oracle JDK 8.

If you have multiple versions of Java installed, you may need to specify the version you want via:

Then select the ID of the JDK we just installed.

Ref:
Install Oracle Java 8 in Ububntu via PPA - Webup8
How to install Java with apt-get on Ubuntu 16.04 - Digital Ocean

These are optional but recommended for better performance. This is also the main point of this tutorial - information on these two packages are either outdated and/or refer to broken links.
The packages are hosted at OpenGeo and even though they have not been updated from 2006, they are fine.

The following code downloads and installs the JAI extension.

The following code downloads the ImageIO binary and also 'fixes' it. I couldn't get it to work without this fix, and the alternative did not work for me (see below).

There is an alternative that worked for some other users, and has the benefit of not modifying the original binary:

Then copy the downloaded version to the Java folder and run it.

Setting up Tomcat is is beyond the scope of this tutorial. I'd recommend following this excellent article by Digital Ocean instead.
Come back when you finish, I'll wait right here :)

Finally on to GeoServer - and it is as simple as putting the Web Archive (.war) file into Tomcat's webapp directory.
Assuming you have followed the Digital Ocean tutorial prior, the following instructions would set up GeoServer to run in Tomcat: Download Geoserver Web Archive (war) and unzip it:

Tomcat Web Application Manager, you may need to start the application. If you navigate to http://localhost:8080/geoserver/web/ you'll be greeted by the GeoServer home page - success!

Now on to the real work of creating a webmap... 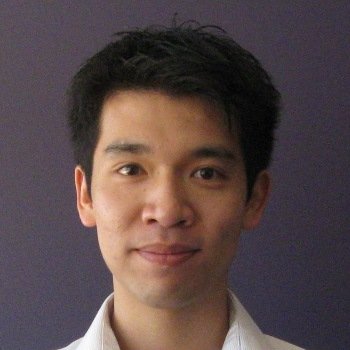